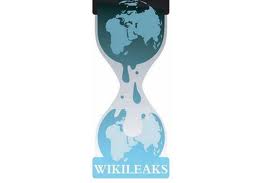 It is quite frankly fascinating to observe how technology has enabled one loan individual go to war against the US administration.

This appears to have all started with the disclosure of the Iraq war documents last October that brought to light the “intimate details” of the conflict, where we soon learned some of the dirty little secrets such as …

Those logs showed that an Apache helicopter gunship fired on two men believed to have fired mortars at a military base in Baghdad in February 2007, even though they were attempting to surrender. The crew asked a lawyer whether they could accept the surrender, but were told they could not, “and are still valid targets”. So they shot them.

Another shows the US military was given a video apparently showing Iraqi Army (IA) officers executing a prisoner in the northern town of Talafar.

From all this we discovered that there were more than 109,000 violent deaths between 2004 and the end of 2009. They included 66,081 civilians, 23,984 people classed as “enemy”, 15,196 members of the Iraqi security forces, and 3,771 coalition troops. The figures contradicted earlier claims that the US did not keep records of civilians killed, thus proving that we had been lied to. [We really knew that, what was new is that we finally had proof]

So what happened next?

An international arrest warrant for WikiLeaks founder Julian Assange in a rape case appears … I don’t know the facts of that case, but I do find it dam suspicious that this suddenly appeared after the Iraq war disclosures. Given the circumstances, this feels very much like a stitch up in revenge for the disclosures … in effect the US went to war against the WikiLeaks founder … now that was a really bad move on their part, given that he had his finger on a journalistic nuclear trigger.

He pressed the button, and now strikes back with the publication of 250,000 diplomatic notes that disclose all their dirty little secrets. The Wikileaks site (click here) puts it like this …

The cables show the extent of US spying on its allies and the UN; turning a blind eye to corruption and human rights abuse in “client states”; backroom deals with supposedly neutral countries; lobbying for US corporations; and the measures US diplomats take to advance those who have access to them.

This document release reveals the contradictions between the US’s public persona and what it says behind closed doors – and shows that if citizens in a democracy want their governments to reflect their wishes, they should ask to see what’s going on behind the scenes.

Every American schoolchild is taught that George Washington – the country’s first President – could not tell a lie. If the administrations of his successors lived up to the same principle, today’s document flood would be a mere embarrassment. Instead, the US Government has been warning governments — even the most corrupt — around the world about the coming leaks and is bracing itself for the exposures.

The cables cover from 28th December 1966 to 28th February 2010 and originate from 274 embassies, consulates and diplomatic missions.

So what details are out now?

For details check out the New York Times and also the Guardian articles, they make truly fascinating reading. And this is only the start, lots of data mining will no doubt be the cause of considerable US embarrassment. The reaction to all this appears to be one of the following … take your pick …

Whichever view you hold, one thing is clear, the political stage has been dramatically changed, Wikileaks is truly proving itself to be a politically game-changing disruptive technology. The journalistic equivalent of a thermonuclear device has just been dropped.