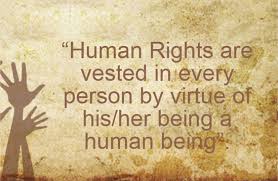 The news is that Saudi Arabia … yes, that well-known bastion of peace-loving tolerant humanists … has criticised Norway’s human rights record, accusing the country of failing to protect its Muslim citizens and not doing enough to counter criticism of the prophet Mohammed.

The gulf state called for all criticism of religion and of prophet Mohammed to be made illegal  in Norway.

…Russia meanwhile called for Norway to clamp down on expressions of religious intolerance and  and criticised the country’s child welfare system.

This all leaves me scratching my head thinking … WTF did Norway do to merit all this attention?

OK, so what is going on here is that the UN holds a Universal Periodic Review, in which 14 States are scheduled to have their human rights records examined, and it was Norway’s turn.

This criticism is of course a complete farce, the Norwegian Foreign Minister Børge Brende who listened to all this responded as follows …

“It is a paradox that countries which do not support fundamental human rights have influence on the council, but that is the United Nations,”

No kidding, as noted by one commenter, being criticised by Saudi Arabia on your Human rights record is like being told off by Hitler for being a tad too critical of the folks down at the local synagogue.

Think carefully now … take your time … (I reckon you should need as much as several nano-seconds to reach the right answer).