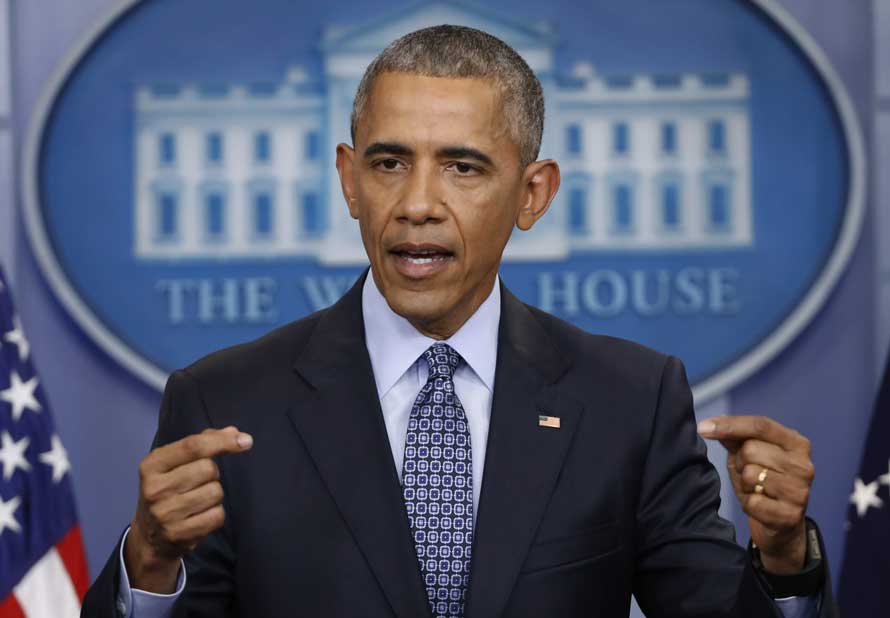 Even in his last few week, and days, Mr Obama has tirelessly striven to make a real difference. With my #Climate Change hat on …

It perhaps almost goes without saying, but he will be greatly missed by many.

He was popular when elected, and now after two terms of his administration he leaves office with the same degree of popularity …

A CNN/ORC poll conducted in the week before the end of his term found that 63% of Americans said they held a favorable view of the president….

…An NBC/Wall Street Journal survey taken in the same period found that 56% of adults approved of Obama’s job performance and 57% held a positive view of the president….

As for what comes next, it is no great shock to appreciate that agent orange is indeed not at all in the same league. Generally incoming presidents enjoy a honeymoon period after the election …. but …

Several polls conducted last week showed that 40% of Americans approved of how Trump’s team was handling the transfer of power. And the RealClearPolitics average of recent polls found Trump with a 41% favorable rating

That is the lowest approval rating for a transition ever recorded.

You should of course be thankful. Just think how close we came to electing a woman who dared to use a private email server, we really dodged a bullet there. (Shudders at the horror of it all).

There is no denying that Obama will be missed, not just for political reasons, but for very practical reasons. Upon entry into the arena he faced an immense economic challenge. Today his legacy is one in which his policies led to the longest streak of consecutive private-sector job creation in the 78 years the statistic has been recorded.

As for what comes next, sadly we now retire words such as “prudence”, “intellect”, “reserve” and other similar terms, and instead need to deploy new words, bigger words, the very best words, (spelled incorrectly perhaps), such as “impetuous”, “vindictive”, and “venom”.

Even those that rejected his policies, respected his integrity

Whatever our views of Obama’s politics, we should be able to agree that he is a superlative family man. For eight years, this family has made us proud. The graciousness that the Obamas displayed toward the Trumps, even as in private they must have been beating their heads against the wall, exemplified class….

We can argue about Obama’s policies. For my part, I deplored his passivity on Syria. But even on issues that I disagreed with him on, I never doubted his integrity or intelligence, his decency or honor.

Trump may dismantle Obamacare and pull out of the Paris climate accord. But he cannot undo Obama’s legacy of dignity and old-fashioned virtue, and the impression he made on all of us.

In contrast to that we now have somebody different. “He will never, ever, let you down. … Donald is intensely loyal,” explains the third wife of the guy who boasts of his infidelities.

He has granted commutations to more people than the past 12 presidents combined, including 568 inmates with life sentences. He has granted 212 pardons. His final group of clemencies was the most Obama granted in a day and the most granted on one day in U.S. history.

“By restoring proportionality to unnecessarily long drug sentences, this administration has made a lasting impact on our criminal justice system,” said Deputy Attorney General Sally Q. Yates. “With 1,715 commutations in total, this undertaking was as enormous as it was unprecedented.”

… Former White House counsel Kathy Ruemmler said that clemency has long been a top priority for Obama. The president frequently complained to her during his first term that he was not receiving enough recommendations from the Justice Department to grant clemency. Shortly after the 2012 election, she said, he directed her to work with the Justice Department to increase the number of clemency applications for him to consider.

“He told me to be creative and aggressive,” Ruemmler said. She then worked with then-Attorney General Eric H. Holder and Deputy Attorney General James Cole to set up a process to increase the number of clemency petitions coming from the U.S. pardon attorney.

“This would not have happened organically,” Ruemmler said. “This effort came directly from President Obama and is an important part of his legacy.”

This is not an Obituary

He is of course still with us, and will continue to make a different.

It's been the honor of my life to serve you. You made me a better leader and a better man.

I'm still asking you to believe – not in my ability to bring about change, but in yours. I believe in change because I believe in you.

As we look forward, I want our first steps to reflect what matters most to you. Share your thoughts with me at https://t.co/fGUxlpLVue.

Being your First Lady has been the honor of a lifetime. From the bottom of my heart, thank you. -mo pic.twitter.com/pahEydkZ5Z

"This has been the privilege of my life…and I can't wait to see what you do next" – @BarackObama​
Watch: https://t.co/kQvcq6bgCv pic.twitter.com/gcbY0oJxfy

One further note, a bit of administrivia.

The @POTUS twitter tag now belongs to agent orange. The Obama’s now have new tags, @POTUS44 and @FLOTUS44. The twitter transition worked nicely. If you were subscribed to @POTUS (as I was), then you will have been automatically transitioned over to @POTUS44 and will not be facing an un-requested onslaught of misspelled gibberish from agent orange.

Well because he was of course the 44th President Of The United States … @POTUS44. It is now an archive account maintained by the National Archives and Records Administration (NARA). Obama’s twitter account is now @BarackObama.