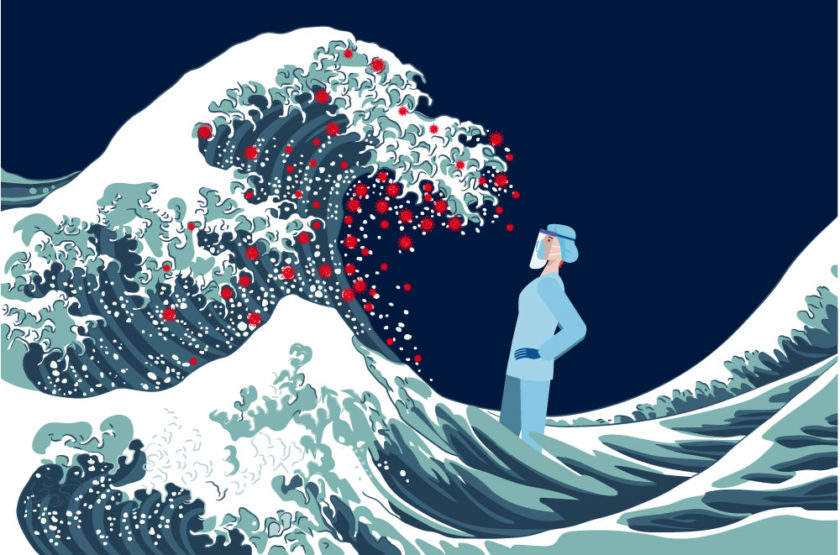 The Wall Street Journal has run an Op Ed yesterday (June 16, 2020) that takes the stance that there will be no second wave. The title is “There Isn’t a Coronavirus ‘Second Wave“…

With testing, treatments and vaccine trials ramping up, we are far better off than the media report.

In recent days, the media has taken to sounding the alarm bells over a “second wave” of coronavirus infections. Such panic is overblown. Thanks to the leadership of President Trump and the courage and compassion of the American people, our public health system is far stronger than it was four months ago, and we are winning the fight against the invisible enemy.

Was this written by a medical expert? Nope.

Does the author have any scientific credibility? Nope

Is there any data that verifies the claims being made? Nope

The Wall Street Journal does have a reputation

To be polite, the reputation they have is for the promotion of issues from a contrarian viewpoint. Translation, they often promote pure and utter wingnuttery. To give you some examples …

… and yes, they also attacked efforts to control pesticides and asbestos.

Finding that they now claim that, despite a body count of almost 120,000, we are doing just fine and that there will be no second wave. It really should not be a surprise.

Who Wrote “No Second Wave” article?

Who is the author of this bizarre and completely fictitious hymn of adoration for the efforts by the Trump administration?

If indeed his “Success” is one in which …

… then I do have to wonder what he might deem to be a failure.

If the actual goal was complete incompetence, delay, and a response that has been utterly dysfunctional, then yes, we can indeed deem it to have all been a “success”.

He may actually be right about no second wave

The administration’s strategy for avoiding a second wave appears to be one where they do that by keeping the first wave going. This is in contrast to almost every other nation state on the planet.