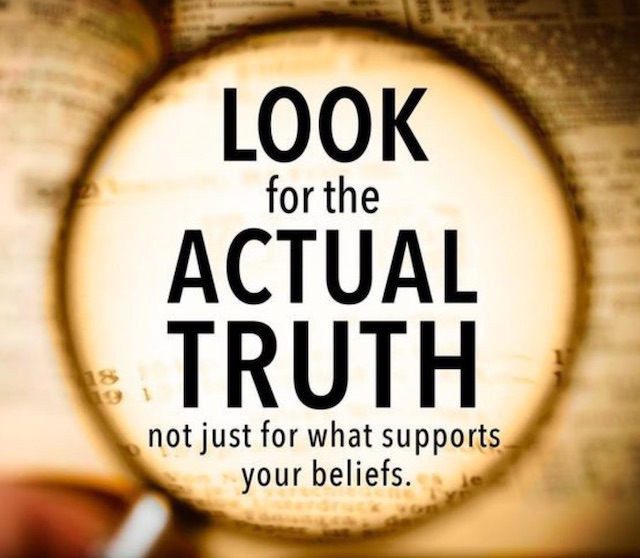 Trump might slag off the media as the “enemy of the people”, but that never deters him from happily using them as a soapbox for his creative interviews that are commonly devoid of facts. After his recent Washington Post interview, they found it necessary to publish some fact-checking a couple of days ago …

“We’re not having a wall because of the Democrats. We need Democrat votes to have a wall.”

Trump needs 60 votes in the Senate, meaning he needs all Republicans and at least nine Democrats, to clear the way for a filibuster-proof bill that funds the border wall.

The Secure and Succeed Act would do just that. Sponsored by Sen. Charles E. Grassley (R-Iowa) and backed by the White House, the bill would provide $25 billion for the wall, among other measures.

But the president’s claim that Democrats are blocking the wall makes sense only if all 51 Republicans are on board. They’re not. Grassley’s bill failed 39 to 60 in the Senate in February.

Trump appears to be referring to some speculative journalism a half century ago. There had been a period of cold winters in the early 1970s, and so some reporters put two and two together — and came up with five.

Basically they proceed to dig into a series of his claims and robustly debunk them with facts and links that you can check. Clearly Trump is doing his usual con job, and no doubt his core support base will buy his BS because they are too heavily invested emotionally to come to terms with such blatant and persistent dishonesty that has been a constant running theme.

Inevitably such fact-checking is dismissed by the right-wing with the thought that the fact checker has a very specific political bias, hence is simply lying.

There is a flaw with that line of thought.

First start by taking a quick look at who conducted the above fact checking. The primary author is Glenn Kessler. He is the pioneer of political fact checking, and so fact-checking is where his expertise very firmly rests, it is very much hardwired into his DNA.

He has been independently audited and so there is verification that his fact-checking has no political allegiance, he just wants the truth ….

In a 2012 study of fact checkers, the Center for Media and Public Affairs at George Mason University concluded that Kessler “splits almost evenly between the two parties.”[22]

Kessler gave Four Pinocchios to Mitt Romney for claiming President Obama went on an “apology tour” overseas,[23] but he also has regularly given as many as Four Pinocchios to Democrats for attacks on the House Republican plan for Medicare.[24]

But he gives vast quantities of Pinocchio awards to Trump so that is clearly a political bias … right?

That’s not a reflection upon the political leanings of Mr Kessler, but instead is a reflection of the fact that Trump is a blatant bold and very persistent liar who dispenses fiction as fact on a daily basis. Mr Kessler commented upon this on a Daily Show segment during the 2016 campaign as follows …

“In terms of fact checking, Hillary Clinton is like playing chess with a real pro, Fact-checking Donald Trump is like playing checkers, with somebody who’s not very good at it. It’s pretty boring. His facts are so easily disproved there’s no joy in hunt.”

You can read more about Mr Kessler and also the associated Washington Post Fact-checking initiative here.

Yes there are fact-checking standards. To police those standards there is an international network known as the IFCN that has a set of fact-checking principles. You will not be surprised to learn that Mr Kessler is on the board.

The IFCN’s core set of principles are as follows …

Who has signed up for this?

Everybody you would expect and more, here is a brief list of some of their more well-known and well-recognised members …

Oh, and least you wonder, Fox news is not a member.

Well OK, no you didn’t wonder about that.

Their stated set of principles for fact-checking are as follows …

• We will focus our attention and resources on the issues that are most important to voters. We cannot nitpick every detail of every speech. We especially try to examine statements that are newsworthy or concern issues of importance. We understand that everyone makes mistakes, especially when speaking extemporaneously, so we do not play “gotcha.”

• We will strive to be dispassionate and non-partisan, drawing attention to inaccurate statements on both left and right. But we also fact check what matters — and what matters are people in power. When one political party controls the White House and both houses of Congress, it is only natural that the fact checks might appear to heavily focused on one side of the political spectrum. (Divided government is much better for The Fact Checker.) We urge readers to bring to our attention possible false claims we might have missed.

• We will stick to the facts of the issue under examination and are unmoved by ad hominem attacks. The identity or political ties of the person or organization making a charge is irrelevant: all that matters is whether their facts are accurate or inaccurate.

• We will adopt a “reasonable person” standard for reaching conclusions. We do not demand 100 percent proof. The burden for proving the accuracy of a claim rests with the speaker, however.

• Consistent with Washington Post policy, no one working on The Fact Checker may engage in partisan political activity or make contributions to candidates or advocacy organizations. Since 2013, The Washington Post has been owned by Jeff Bezos, the chief executive of Amazon, as a personal investment via Nash Holdings LLC. The Fact Checker is part of the national-news section of The Post, which is managed separately from the editorial and opinion section of The Post.

• We are committed to being transparent about our sources. Whenever possible, we provide links to sources so readers have access to the information we used to reach the conclusions in our fact checks and can verify the information themselves.

• Everyone makes mistakes and we strive to correct any errors in accordance with The Washington Post’s corrections policy. We welcome feedback from readers who may dispute our conclusions and who want to offer additional information that might result in a change in ruling.

So let’s go right back to where we started.

Yes, you can indeed have confidence that what you are getting from the Washington Post Fact-checker, and other IFCN members, is the best evidence-based nonpartisan truth, and not a “liberal bias“.

If they get it wrong, and new better evidence comes to light, then you can be reassured that they will correct their position. Their allegiance is not with a specific stance, but rather instead is a passionate focus upon what is actually true and factual.