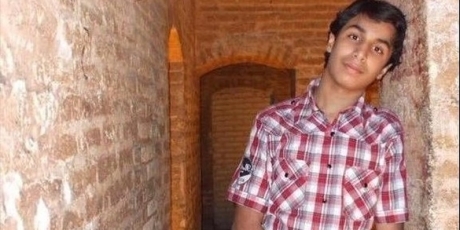 [The details below come from an email I have been sent. Having verified the details, I’m happy to promote the petition and encourage you to also sign it]

Saudi Arabia is about to behead a 21-year-old man and then crucify him to display his body in public. This same country was just chosen to head a U.N. Human Rights Council panel. If it wasn’t so serious this would be funny!

Ali Mohammed al-Nimr was arrested when he was 17 for participating in demonstrations against the government, then he was convicted under torture. But his case is not an exception in the kingdom — Saudi Arabia has executed more than 100 people this year, that’s a rate of one every 2 days!

France has already requested that Saudis stop this execution, but the US, Germany, and the UK also have very cosy relationships with the regime. The best way to get urgent action is to channel our outrage to these leaders who can persuade their Saudi allies. Sign up now to save Ali, and then stop this human rights farce, his execution could happen anytime:

[Side note: the above link takes you to a site where you can sign a petition – so far 758,000 have signed up and so I’ve added my name as well]

Saudi is now Chair of the UN committee that oversees nominations to key special rapporteurs and experts. Ali’s whole atrocious case shows how absurd that is! Human rights experts say this is an ‘arbitrary execution’ prohibited under the international Convention on the Rights of the Child, as Ali would be executed for crimes committed when he was a minor. Ali is the nephew of a prominent Shia cleric, who has also been sentenced to death.

But they will go ahead unless there is a massive cost on the international stage.

The above governments have an ugly, but tight trade relationship with Saudi — they either sell the Kingdom weapons or buy oil, or both! We know their voices count. When we campaigned earlier this year for the German Vice Chancellor to tell Saudi officials to stop the flogging and possible execution of the blogger Raif Badawi, Sigmar Gabriel spoke out. Badawi hasn’t been flogged in months and he’s still alive, even though he is still rotting in prison.

Let’s urgently get these powerful leaders to tell Saudis that they must stop this execution and then demand they weigh in at the UN Human Rights Council to ensure this new role is challenged. Sign now – let’s help save this young man’s life:

When regimes worldwide violate basic human rights, our community has spoken out and helped stop atrocities. Let’s now raise our voices for Ali.

Who is running this Petition?

The term “Our community” above relates to Avaaz. It is described on its Wikipedia page as …

a global civic organization launched in January 2007 that promotes activism on issues such as climate change, human rights, animal rights, corruption, poverty, and conflict; it works to “close the gap between the world we have and the world most people everywhere want.” The organization operates in 15 languages and claims over forty million members in 194 countries, and The Guardian considers it “the globe’s largest and most powerful online activist network”

So yes, they are the good guys and so if one goal you have is to bring about a better world, then you might be interested in joining the email list so that you can add your voice to the campaigns that you care about, or even start your own.

I would also add that they do not accept donations from foundations or corporations, only from individual members. It’s Director Ricken Patel is quoted as explaing

“We have no ideology per se. Our mission is to close the gap between the world we have and the world most people everywhere want. Idealists of the world unite!”

As for what they campaign on, basically that is bottom up, not top down. Members make suggestions, with perhaps some guidance from specialists, then they poll about 10,000 members and if it gets enough support, they run with it.

Are there any Independent sources that have more details on Ali’s case?

The longer answer is …

Saudi Arabia executes ‘a person every two days’ as rate of beheadings soars under King Salman (The Independent)
http://www.independent.co.uk/news/world/middle-east/saudi-arabia-executions-amnesty-international-beheadings-death-sentences-rate-under-king-salman-10470456.html

Fifa corruption scandal: ‘Germany sent Saudi Arabia weapons’ in exchange for support of their bid to host the 2006 World Cup (The Independent)
http://www.independent.co.uk/sport/football/international/fifa-corruption-scandal-germany-sent-saudi…

What Lies Behind the UK’s Relationship With Saudi Arabia? (Huffington Post)
http://www.huffingtonpost.co.uk/andrew-smith/saudi-arabia_b_5151790.html

Yemen and the scandal of UK arms sales to Saudi Arabia (The Guardian)
http://www.theguardian.com/world/2015/sep/17/yemen-and-the-scandal-of-uk-arms-sales-to-saudi-arabia