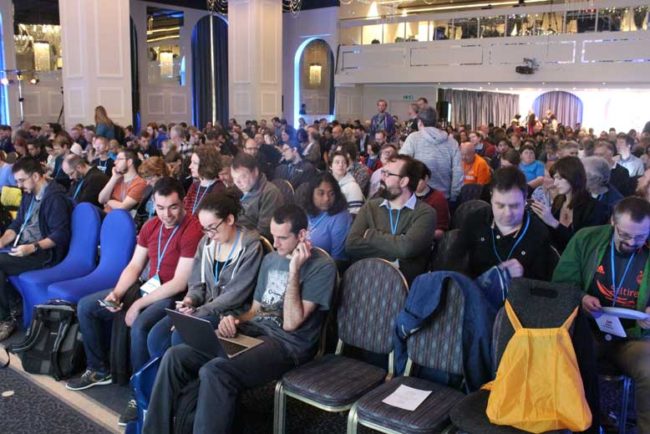 Our MC is the amazing Matt Parker … 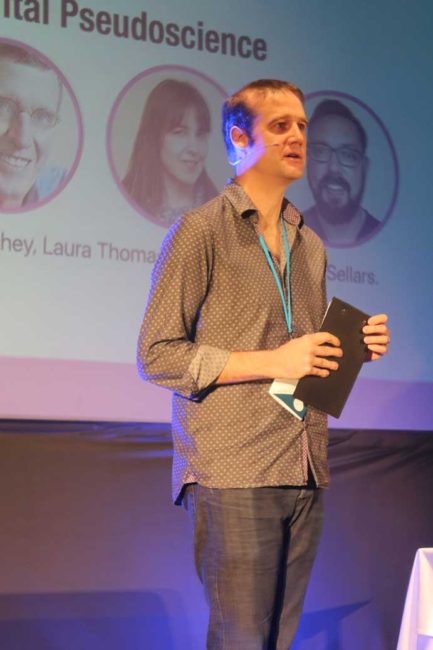 … but we now begin to understand why …

#QEDcon apparently 667 tickets were sold for this amazing sceptics conference, but one cancelled! So 666!!

The introduction video was yet again amazing as it is each and every year. I managed to bag a seat in the front row and then found that Susan Blackmore had sat down beside me, so I proceeded to have a fanboy moment. After she watched the opening clip, she asked, “Is it always like this”. When I told her it was, it clearly left her feeling that she should have come to QED in previous years. 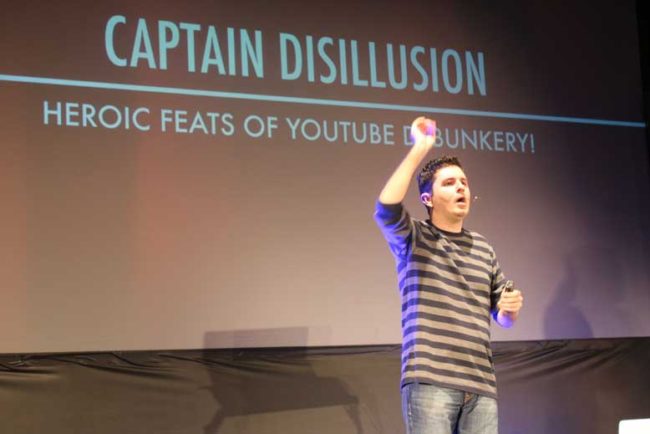 The official description was this …

Alan Melikdjanian, better known as his superhero alter-ego Captain Disillusion, is an independent filmmaker who examines viral videos and paranormal reports to identify and expose signs of hoaxes and special effects. With over 100,000 YouTube subscribers and over 8,000,000 cumulative views, Captain Disillusion has debunked some of the most widely spread hoax viral videos, demonstrating precisely the techniques involved in producing each hoax.

… and that I suggest is a huge understatement, because this is a guy who not only has something important to say, but also combined that with a highly effective communication strategy. I can only perhaps say that you just had to be there.

Before talk / After talk. Thank you for being an amazingly warm and cheerful audience, #QEDcon pic.twitter.com/VAuMovS4aN

The rather immediate and obvious go-to for many will be to subscribe to his YouTube channel, so with that thought in mind, here it is. 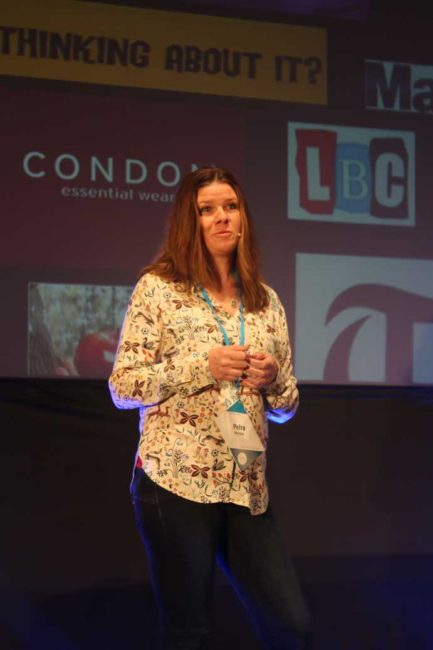 Susan Blackmore has a question during the Q&A … 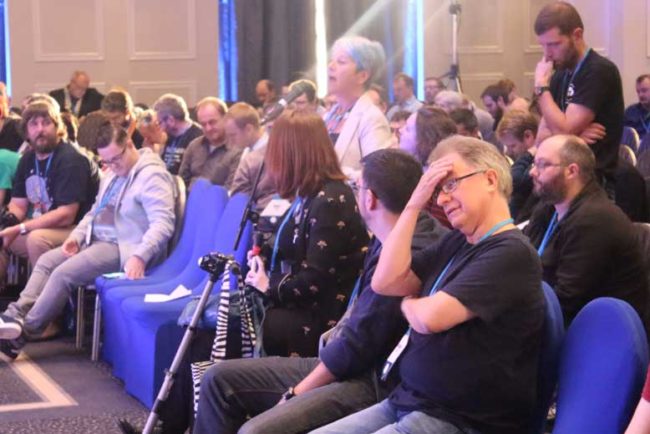 A queue for questions for @DrPetra at #QEDCon
Fascinating talk on evidence-based advice columns (and The Archers.) pic.twitter.com/XtpHQrNrng 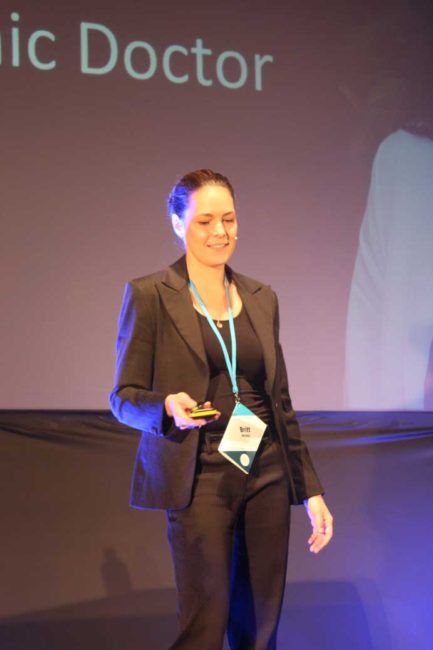 Naturopaths define success by amount of money made by scamming the vulnerable and gullible. On that basis @NaturoDiaries a failure! #QEDcon

Britt Hermes: I knew after reading 'Trick Or Treatment' by @EdzardErnst & @SLSingh, that practicing naturopathy was unethical. #QEDcon

Standing ovation for the brilliant @NaturoDiaries .Inspirational, open, honest account of her journey from quack to skeptic #QEDcon

Standing ovation for Britt Marie Hermes after an incredible story about her departure from naturopathy in the US. #QEDcon

This has been one of the best #QEDcon talks I've ever been at. Incredible story, incredible talk from @NaturoDiaries.

"Britt Marie Hermes talk at #QEDCon about leaving the Naturopathic world was devastating, moving and… https://t.co/tTFx925eG6

You can find her blog here – https://www.naturopathicdiaries.com

13:00 Mark Stevenson – Talks about the future 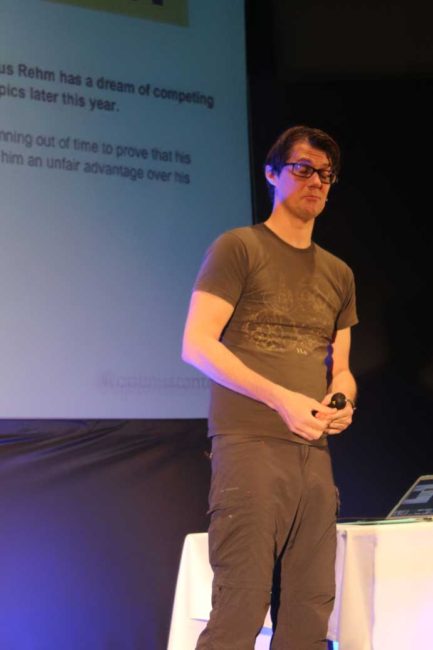 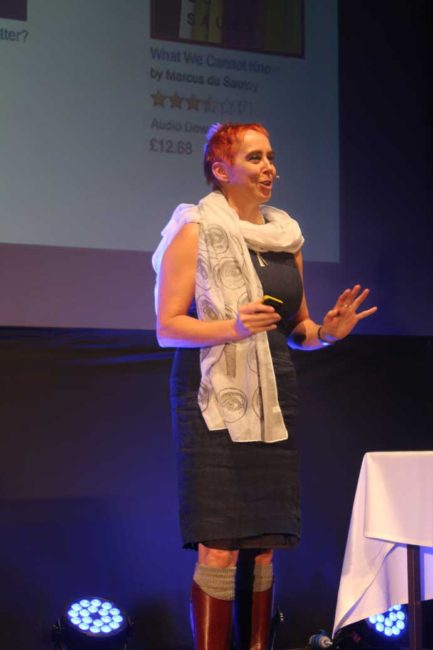 @TimandraHarknes tells us what data is and what makes it big? 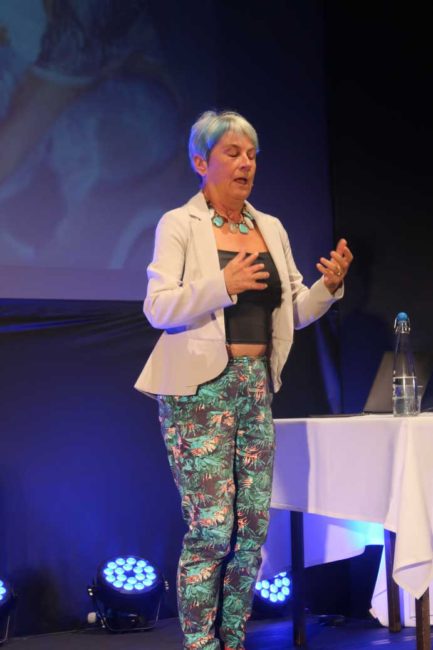 Susan personally experienced an OBE while a student at Oxford and that then motivated her to become a parapsychologist and investigate it all. It led her on a long journey that eventually led to the conclusion that there was nothing paranormal going on.

She designed tests. Would put out random objects and had people try to do an out of body from somewhere remote to come see, but nobody ever managed to do it.

The Tunnel Experience – happens on edge of sleep, during NDEs, and with hallucinogens such as LSD.

Narcolepsy – David Howard falls asleep, is often abducted by aliens and taken to a far planet. When they got his medication to work, it all stopped, and he was very disappointed.

She then talks about The Rubber Hand Illusion and illustrates it with a few volunteers to show how you can induce OBE like experiences.

It is not an uncommon experience.

I had OBEs as a child and would visit my primary school hall before zooming back into my body. #QEDcon

Wish I could have an out of body experience so i could be at two #QEDcon talks at once.

Next at #QEDcon, the science of out-of-body experiences. pic.twitter.com/sLT7roBrT3 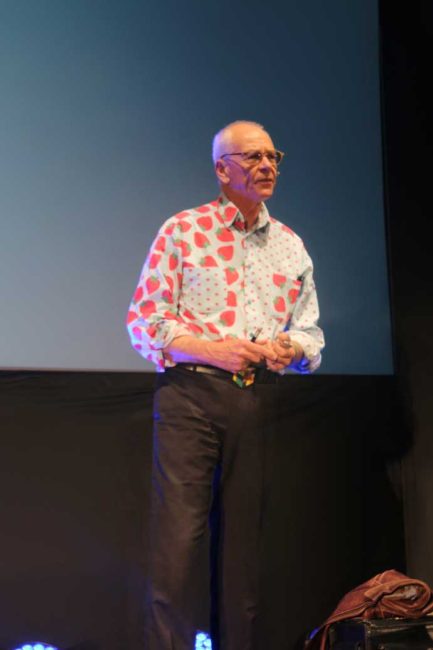 Is telling us about his life in science, opens with clip he got during antarctic trip.

Explains grandmother death rates for students increases as the student’s grades decrease. Solution is to only enrol only orphans.

He then moves on to a hilarious satire of climate change denial.

Oh heck, this is a work of art and is jam packed with gems, but I just can’t keep up. You will just have to watch the video when it is up on YouTube.

Now having a serious go (quite rightly) at the anti-vaccine crowd. ChickenPox causes strokes in kids. there is a 1/60,000 death rate.

The Flynn Effect. Each of you in 9 IQ points smarter than your teachers.

We now live in the most peaceful time that there has ever been in human history.

Weight loss industry – is there any other business that makes £millions with a 95% failure rate?

QED Quote of the Day

"Reality is for people who can't handle drugs"

Describing the nonsense of the “Paleo diet”. Based on wrong assumptions made in the 1970s. They had no real clues! #QEDcon

Cardinal Rule Of Science: Everything, no matter how boring, looks better under a scanning electron microscope. #QEDcon

Hilarious, animated and informative talk from @DoctorKarl to round off the day at #QEDcon pic.twitter.com/5v63OaYKPF

No 'University of the Sunshine Coast' in the UK. CRUEL. #QEDcon